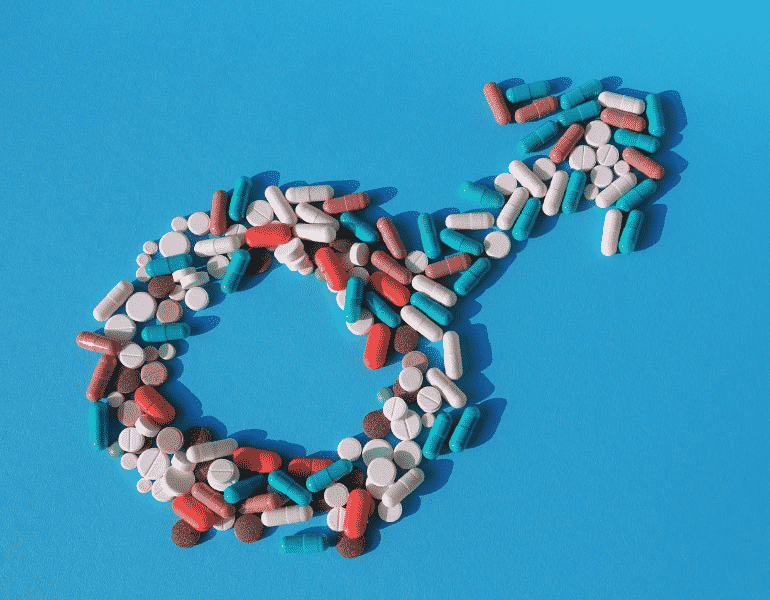 Logically, the use of antioxidant supplements for male fertility makes a lot of sense, especially given the numerous factors that can cause oxidative damage to sperm.

In case you missed our prior post, oxidative damage occurs when reactive oxygen species (highly reactive chemical by-products) break down the cells in our body. In excess they can even result in complete cell death – so it’s important to keep them in check!

In terms of their impact on fertility, an increased number of reactive oxygen species can lead to the disruption of normal events required when the egg and sperm meet. Not to mention their negative impact on sperm motility resulting in decreased fertilization and pregnancy rates.

Antioxidants have the exact opposite effect. They act as free radical scavengers and decrease the number of reactive oxygen species and associated cellular damage. Therefore, it makes sense that antioxidant supplements are promoted as improving sperm health.

But the question remains whether or not antioxidant supplements are really beneficial for male fertility. There are arguments both FOR and AGAINST them…

So today we want to present you with both sides of the story along with our take on the matter.

What are antioxidant supplements?

Some of you might be thinking, “What’s the harm in taking antioxidant supplements… Aren’t they just vitamins anyway?”

There are hundreds of different substances that can act as antioxidants. The most familiar ones being vitamin A, vitamin C, and vitamin E.

However, there are many other minerals, amino acids, and enzymes that act as antioxidants too. The list of antioxidants is long and includes things like:

So with this many options, how can we tell which ones actually make a difference?

This can be quite challenging, especially since the Food and Drug Administration does not tightly regulate the supplement industry. Not to mention each male fertility supplement often has many different combinations of antioxidants at different doses.

Let’s take a deep dive into the existing evidence to see what matters most!

The argument against the use of antioxidants for male fertility

Rather recently, several studies have been conducted suggesting that male antioxidant supplements might not be everything they’ve been promised.

They looked at 18 different antioxidants across 44 studies. And before we reveal their findings, it’s important to note that only 12 of the studies reported on pregnancy or live birth. Obviously, it’s hard to make strong endorsements when the majority of studies didn’t evaluate the ultimate desired outcome – live birth.

Additional limitations that should be considered include the fact that many of the studies included in the Cochrane review had small sample sizes, which limits a study’s power to detect differences in clinical endpoints.

Furthermore, the majority of studies included were considered to be of “low quality” and had different supplements at different doses, making it difficult to compare one study to another.

Ultimately  they concluded that:

Subfertile couples should be advised that overall, the current evidence is inconclusive based on serious risk of bias due to poor reporting of methods of randomization, failure to report on the clinical outcomes live birth rate and clinical pregnancy, often unclear or even high attrition, and also imprecision due to often low event rates and small overall sample sizes.”

Translated in one sentence… more studies are needed to support the use of antioxidants supplements for enhancing male fertility.

That’s quite the antioxidant cocktail!

Additionally, cumulative live birth rates between the antioxidant versus placebo group were 15% vs 24% respectively (which wasn’t a statistically significant difference), but was 9% lower in the antioxidant group.

Again, with this type of cocktail, it is hard to determine which of these individual supplements if any had an impact.

More recently an even larger trial has been published – Folic Acid and Zinc Supplementation (FAZST) Trial. This trial included 2370 couples with infertility, 20% of which had a male factor diagnosis. Men were randomized to 5 mg of folic acid + 30 mg of zinc or placebo for 6 months.

A criticism of this study, however, was the extremely high dose of folic acid. This is important to note given that high dose antioxidants may paradoxically increase reactive oxygen species and inflammation levels in the body.

Altogether, these studies have shown a higher risk of gastrointestinal symptoms including abdominal discomfort, nausea, and vomiting in men taking the supplements compared to those taking placebo. 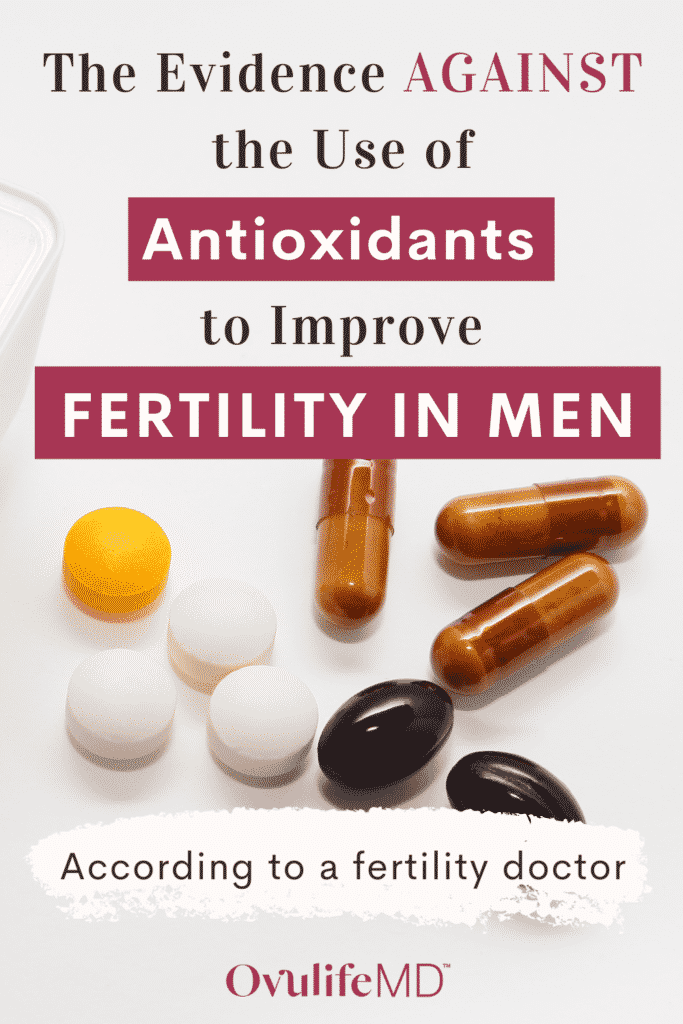 So when looking at the argument against routine antioxidant supplementation for male fertility, trials to date are currently limited by:

With this said, is there evidence that supports the use of oral antioxidants for male fertility?

The argument for the use of antioxidants for male fertility

One could argue that the issue with the current trials is that there has been an overinterpretation of the current evidence… meaning we falsely assume that ALL antioxidants have a similar effect.

It’s also important to point out that these doses are up to 2 – 30x higher than what you typically get in a daily multivitamin, which as we noted above, might actually increase reactive oxygen species – yikes!

So what evidence can we find in support of using antioxidant supplements?

When looking at the Cochrane review again, the strongest evidence showing a potentially positive impact on live birth occurred when narrowing the focus down to Vitamin E alone(2 trials), Zinc alone (1 trial), or combined antioxidant (1 trial).

But again if that doesn’t translate to improved live birth… the question arises does it even really matter?

One way to interpret this data is that perhaps there’s something there with vitamin E or zinc, but we just don’t know exactly what or at what dose. The reality is that due to the super high dosing as well as the diversity of interventions it’s hard to make any sweeping conclusions. 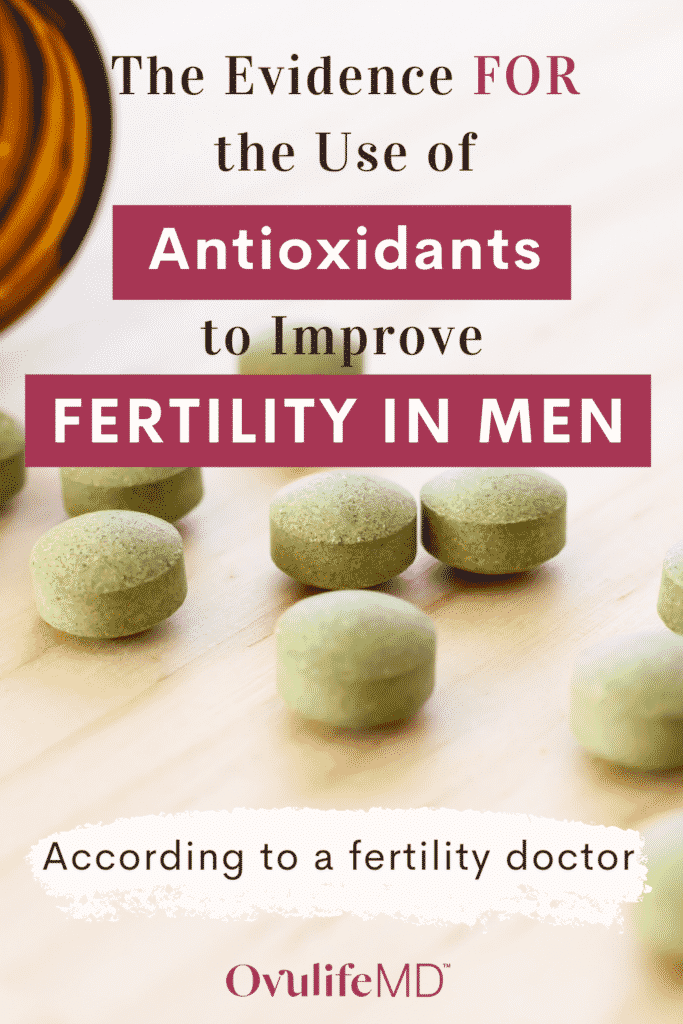 Researchers analyzed data for the top 17 male fertility supplements sold from the most popular online retailers. Interestingly, only 22% of the 90 ingredients actually had published evidence for impact on sperm parameters.

They noted potential positive effects with:

Whereas they found minimal evidence for popular supplements including:

Ultimately they concluded that few male fertility supplements are actually backed by evidence and their efficacy largely remains unknown and therefore should be used cautiously.

How to make sense of the conflicting evidence

Perhaps we haven’t found the right group of men that might benefit?

Or the right dose?

Or the right combination of antioxidants?

It’s truly hard to say at this point.

But the assumption that if some antioxidants are good, more must be better simply isn’t true and may in fact be harmful. The concept of the “antioxidant paradox” is something we’ve mentioned a few times (so it’s kinda important!).

If you look at the dosing of antioxidants in MOXI and FASZT Trial, the doses are MUCH higher than what is typically included in a store-bought multivitamin.

Ultimately, regardless of the dose or the particular antioxidant, there’s insufficient evidence to confidently make routine recommendations for a male antioxidant supplement.

We have to say, your first priority (before searching for the right supplement) is to make sure you are eating a balanced diet filled with natural antioxidants (food is an AMAZING source of these!). And it’s important to note that no supplement can replace a healthy diet.

But still, the question remains if you HAD to choose something, what might help?

But when looking for a supplement or daily multivitamin, consider one that includes the standard daily dose of vitamin C, vitamin E, zinc, and folic acid (again, not at the super-high doses as noted in some of these studies).

As always speak with your doctor before starting any new supplements to discuss your personal needs… and be sure to always tell them ALL the supplements you are taking as well – these definitely count as “medicine” even if you can buy them over the counter.

One problem with modern medicine is the tendency to try and improve health using pills. And even though many conventional medical doctors don’t reach for supplements, they should be evaluated just as critically as prescription medications.

Sometimes supplements are highly effective… Other times they are a waste of money and potentially harmful. Without a careful review of the evidence, you’ll never know.

In the case of antioxidant supplements for male fertility, the evidence is inconclusive at the present moment… And the most important thing a man TTC can do is make key lifestyle changes that far exceed the benefit of a few supplements.

Yup, that means increasing the intake of naturally occurring antioxidants in food is a great way to support his fertility. And if you’re looking for other actions to reduce oxidative stress, we got you covered in a prior post. 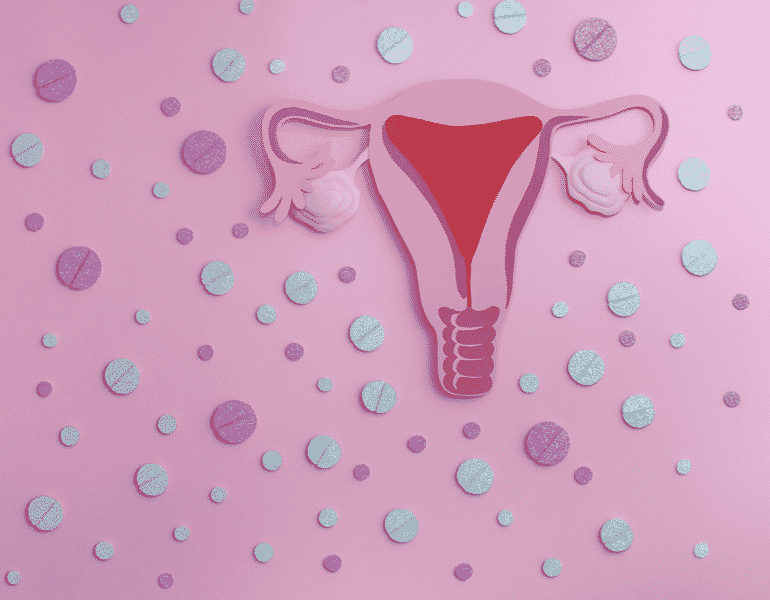 Vitamins and Supplements to Improve Egg Quality and Quantity 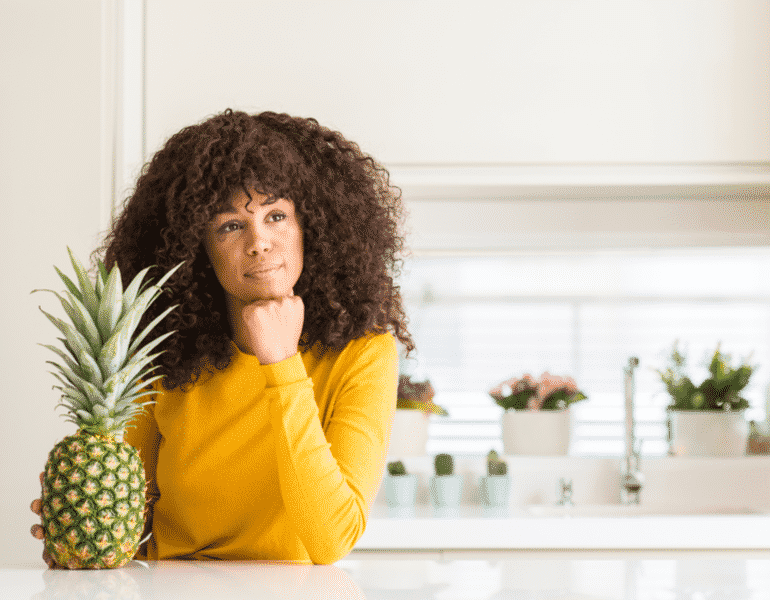 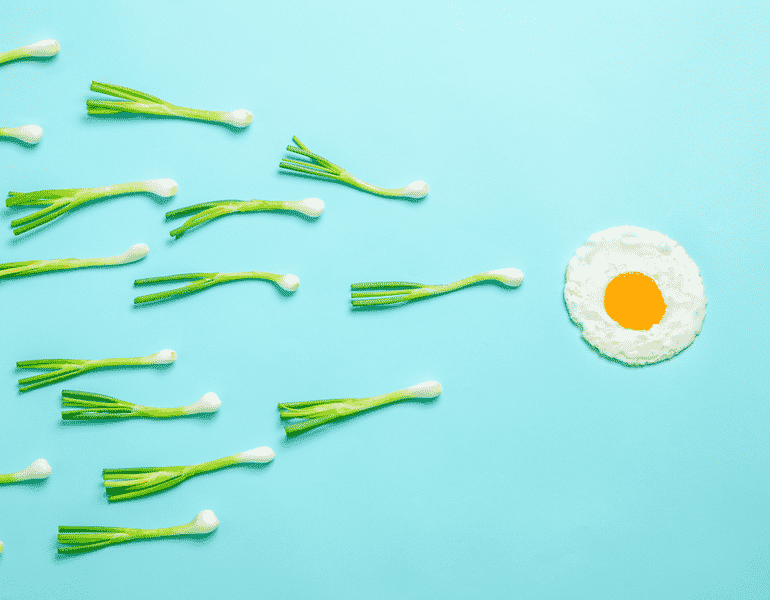 Male Fertility Foods To Avoid &
What Foods to Eat Instead